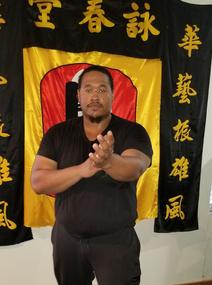 ​Master Patti Broussard  started her martial arts training 27 years ago in Malvern Pa and has been teaching in Delaware for 16 years, now resides in Valdosta Georgia. Patti received her 1st & 2nd dan from Master Neil Phelan, her 3rd & 4th dan from Dr. Harold Lauber and her 5th from Master Don Broussard.  Patti also is ranked in Wing Chun Kung Fu and Arnis (double stick fighting).  Patti specializes in children's instruction as the school's Ninja Master (ages 3 to 7) and started the 'New Castle Martial Arts' latch key alternative program and has been successful since 2000. She teaches Cardio Kickboxing and the school's women's self defense courses. Highly active in the martial arts community, she is a member of the National Association of Professional Martial Arts since 1998.  On March 6, 2011  Master Patti Broussard, was inducted in the United Fellowship of Martial Arts Hall Of Fame  -    Excellence in Childrens curriculum

Assistant Instructor Dean Marshall  started his training in Traditional Wing Chun Kung Fu in 2018, while he is stationed in Valdosta, GA as member of the U.S. Air Force. As a student he completed Iron Palm Training (an ancient art to toughen the body) and began studying Traditional Chinese Medicine, Meridian Therapy as well as Tai Chi Qigong all under SiFu Broussard. He believes Martial Arts is a lifestyle that will improve all aspects of your life; giving you confidence to tackle problems, instilling discipline to react calmly and appropriately under any situation, promotes a healthy lifestyle (Spiritually, Physically and Mentally) and lastly keeping you and those around you safe in a dangerous situation.

On this page you will learn a little about us as Instructors. 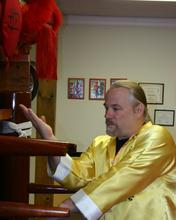 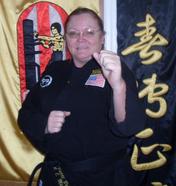 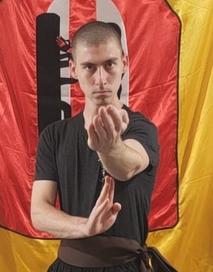 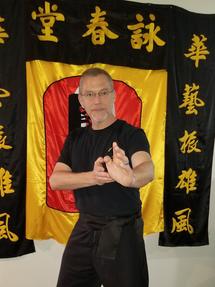 Master Donald Broussard started his intensive training in the martial arts in 1974, when he was a member of the 82nd Airborne. As a SiFu he has been instructing in the martial arts for 30 years, three in Malvern, PA., and 20 years in the New Castle County area in Delaware. Now resides and has a small school in Valdosta, Georgia. SiFu Broussard holds the rank of 5th Dan (Master Instructor) in Tae Kwon Do, and was personally tested for his Level 4 provisional Master in Traditional Wing by Grandmaster Willian Cheung. He created the real life street self-defense system - UDTs (Urban Defense Tactics).  *SiFu Broussard also created the Strength of a Lion System of Tae Kwon Do and the Wing Chun Dragon's Program for juniors. He has been teaching self-defense to kids at schools in the area for the past 20 years and is now teaching stress management for children before they take the DSTP test at local schools and he also teaches adult stress management. Master Broussard trains and teaches Iron Palm (an ancient art to toughen the body).  Trained in China and did Chi Sao exchange of knowledge matches at the Jing Mo Association in Foshan  China.  *SiFu Broussard has been working with Master Mazza in the Seraph Training Program, training security for various organizations and defense programs. In 2005 SiFu was put in the Wing Chun Family Tree.  SiFu Broussard is honored to have the only Traditional Wing Chun School in Valdosta Ga., under Grand Master William Cheung. He believes that to be a great Martial Artist you must stay balanced in mind, body and spirit. In order to do this you must keep training. Master Broussard is a student under Master Keith Mazza and Master Mazza is a "closed door" student of Grandmaster Willian Cheung.  On March 6, 2010  Master Donald Broussard Jr. was inducted in the United Fellowship of Martial Arts Hall Of Fame  -    Excellence Teaching Martial Arts

Instructors That Care About You and Your Family

"We are dedicated to making your experience in the Martial Arts a fun filled and A Life Time Experience".